Sometimes you think you need a lot of money to take on a preservation project. Here's a story of what $10 and a lot of persistence accomplished in Twin Falls, Idaho.

Three years ago, Paul Smith attended a Twin Falls Urban Renewal meeting and made an offer that changed his life. Up for discussion at the meeting were bids for the teardown of a group of decaying grain elevators (circa 1916) that had been donated to Urban Renewal.

Rather than see them torn down, Paul made an offer of $10 for the elevators and the land they stood on and committed to preserve the structures for future generations. 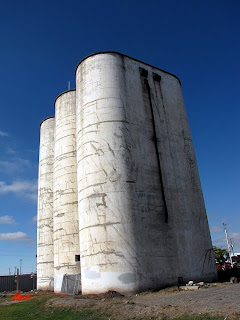 Following Urban Renewal's acceptance of his offer, Paul formed the non-profit Preservation Twin Falls, Inc. to hold the property and has spent the intervening years looking for creative ways to integrate the elevators and land back into the community.

After a massive clean-up (including 30 feet of moldering grain in one of the towers) and structural survey, aided in part by grants from the Idaho Heritage Trust and the Idaho State Historical Society, a call went out for ideas on how best to use the massive structures.

We managed to meet up with Paul at the site this morning and took a quick tour of the structures as well as the park Preservation Twin Falls created on the 3/4 acre parcel. Paul and his crew are in the process of landscaping the park with native plants which the city has generously agreed to maintain.

Paul also mentioned that the talk that he's taken on a crazy project has died down and that Preservation Twin Falls has caught the imagination of the community. There's even some discussion that, following additional clean-up and restoration, free movies may be shown on the side of the elevators. 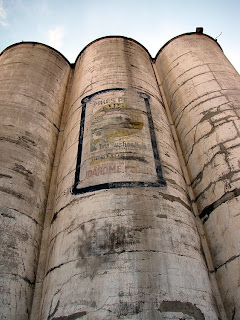 We asked Paul why he felt moved to save something that almost everyone else thought a lost cause. He mentioned some interesting things like the fact that Duncan Hines cake mix was developed at the facility and that the elevators were icons for a community rooted in agriculture. Ultimately, though, Paul said that he imagined a dad 50 or 100 years from now explaining to his child what those huge things were and the role they played in the history of Twin Falls. Paul, in a a word, awesome.

Those interested in learning more about Preservation Twin Falls or contributing monies toward the restoration of the grain elevators can contact Paul Smith at (208) 420-2511 or email Smithp65@aol.com. If you're in Twin Falls and want to swing by for a look at the elevators, you'll find them at the intersection of Shoshone St. South and 5th Ave. South.

Thanks to Sheri Freemuth, NTHP Program Officer / Western Office, and Ann Swanson of the Idaho State Historical Society for bringing this innovative preservation project to our attention.

For fans of roadside signs, here are a few more sights Twin Falls has to offer: 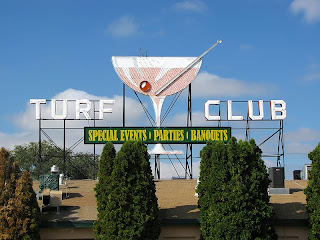 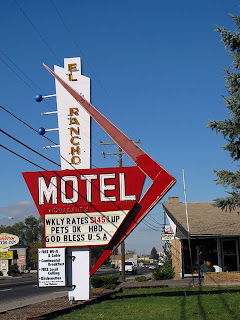 Back on the road, we briefly dipped down into Utah on our way to Wyoming and Vintage Roadside's very first exploration of the Lincoln Highway. On a tight schedule to reach Fort Bridger, Wyoming by dusk, we had to skip most of the roadside sights on Highway 30 through Brigham City and Ogden, Utah this time around. Luckily, we were able to snag a bunch of great photos on a road trip last year. If you'd like to see some of the photos and a recommendation for a great place to eat, hop over to our blog here.

Just before crossing the Utah border into Wyoming, we caught a couple of roadside sights in passing. 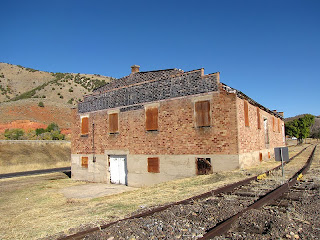 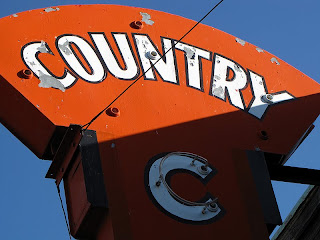 Wyoming at last with wheels rolling along a short stretch of the Lincoln Highway in Evanston. 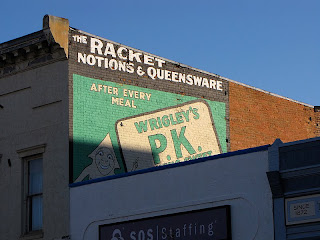 Dedicated in 1913, it's exciting to finally be driving along America's first coast-to-coast highway. We'll have more on the story of the Lincoln Highway and the great organizations supporting it later this week, but for now, here's a look at a couple of fun preservation projects - one ongoing and one completed.

** If you can't wait and would like to jump ahead a little into Wyoming preservation, take a look at this website funded by a National Trust for Historic Preservation grant: Alliance for Historic Wyoming.

Once an auto camp operated by the city of Evanston, the Sunset Cabins are located along Bear Creek Drive (old Lincoln Highway). From an auto camp to individual cabins to the Spanish Mission style connected cabins you'll see in the photo below, they are a reminder of the early days of road travel and the evolution of mom and pop motels catering to automobile tourists. Preservation of the cabins is in progress with the guidance of the Evanston Historic Preservation Commission and the Bear River Drive Renaissance Partnership. 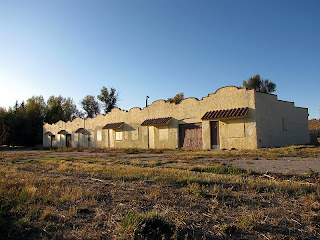 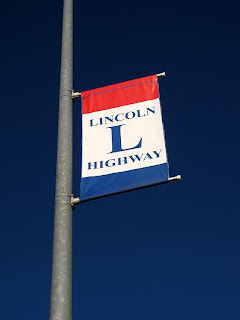 Wrapping up today is a photo of the 1930s vintage Black and Orange Cabins, recently restored by the Wyoming Department of Arts, Parks, and History. Here's a fun post written by Brian Butko about the site's dedication this past July with a comment confirming that roughly 90% of the cabins' original material was used in their restoration. 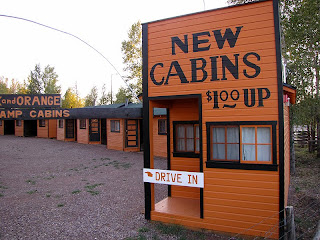 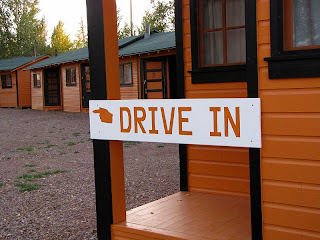 With another 360 miles behind us, we hope you continue to enjoy the journey as we road trip to the 2009 National Trust for Historic Preservation National Preservation Conference, Oct. 13 - 17. Nashville or Bust! 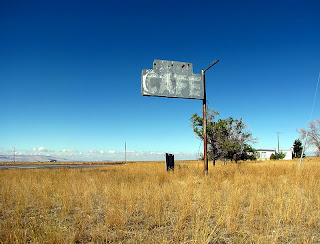 For additional photos, outtakes, and bloopers, please join us on our Facebook page here.

Love the Turf Club sign!
But Day 3 is all about PAUL! what a great story!
He deserves an award for being Awesome!

Austin - Paul really is doing wonderful things in Twin Falls. It was great to spend some time with him and here about what he hopes to accomplish.

Peter - Thank you! I appreciate you taking a look.