In 1964 the Johl family saw their dream come to life with the grand opening of The Aquarama. The Lake of the Ozarks had never seen a show quite like this - a cast of local performers took the audience on an underwater journey "around the world". The show featured mermaids, a Spanish bull fight, a Hawaiian routine, and even a performance by the Beatles.

As we began gathering the history behind that first season we quickly learned of one cast member who had made a tremendous impact on the rest of the cast - Barbara. We learned that Barbara had arrived at The Aquarama by way of Weeki Wachee, had grown up in Michigan, had left the Aquarama after that first season to get married and begin a new chapter in her life...oh, and that the cast had not spoken with her since 1964. 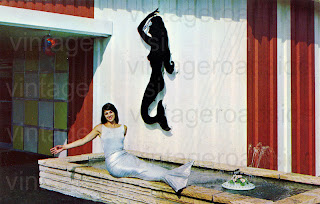 As we began getting to know the cast one of the questions that would come up was "Had we found Barbara?". Over the past 3 years we've traded countless emails, had many wonderful phone calls, gotten to know several of the cast, and now feel fortunate to call them our friends. Our conversations have gone beyond just the Aquarama these days, but many times at the end of a phone call one of us would ask the other "Any news on Barbara?".

A few weeks ago we got a call from Ann Johl with news we couldn't believe - she had spoken with Barbara! Ann worked out a time for Marc and Barbara to catch up and we waited on pins and needles to hear from Marc.

We were happy to hear that Marc and Barbara had a wonderful conversation and also that Barbara had given Marc her email address to pass along to us. Marc mentioned that Barbara was leaving in the next few days to visit family but she would be checking her email before leaving. We sent Barbara an email to say hello, and here's where the story takes an amazing turn - Barbara was coming to visit family in Oregon of all places and was kind enough to offer to meet us here in Portland. 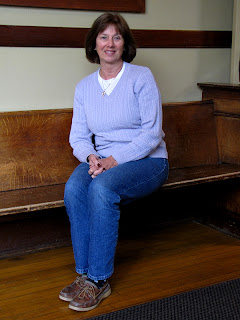 We're still a bit stunned that 47 years after being such a vital part of Aquarama's history, we not only have the opportunity to talk with Barbara, but that a Michigan Mermaid who performed in Missouri would be sharing stories with us across a table in Portland, Oregon in 2011. 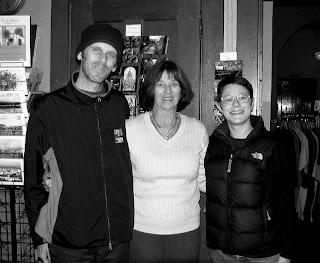