Fifty years ago, construction began on one of the many roadside attractions that once lined the highways of America. However this wasn't another Mystery House, or even a dinosaur park, it was the Aquarama - an underwater mermaid show located in Osage Beach, Missouri. The show opened to the public in May of 1964 and quietly closed in 1973. In the years that followed, the memories of the show slowly faded away from the general public and the former performers tucked away their experiences and moved on with their lives. 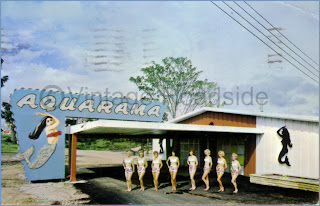 Seven years ago, we were at an antique show and ran across a stack of vintage brochures. The one that jumped out at us was a simple black and silver brochure with the word Aquarama on it along with the silhouette of a mermaid. We thought it would be a fun addition to our line of t-shirts so we bought the brochure and started our normal historical research for our website and the history tag that comes with each of our shirts.

Initially, we didn't find much history and thought we might have to be satisfied with the few things we had uncovered. We were disappointed we couldn't find more, but sometimes, without a trip to the local library or historical society of the town the attraction was located in, the trail simply disappears.

About a month after listing the Aquarama shirt on our website we got an order from a customer in Osage Beach, MO. We hoped that they knew of the Aquarama and that the shirt might bring back a few fond memories for them. A week or so later we got an email from the customer, Janie, letting us know how much she liked the shirt, wondering if we'd have any interest in learning a little more about the Aquarama. Needless to say we were like kids on Christmas morning! Thanks to Janie, the door to the Aquarama had just cracked open for us.

This was the first of what would become many discoveries as we worked to gather as much history as we could. Janie helped us identify several of the former performers and was the first Aquamaid we interviewed for our blog. That interview led to a comment from Pam, the granddaughter of the couple that built the Aquarama, letting us know we should get in touch with her uncle Marc as he could tell us just about everything we could ever want to know. Marc proved to not only remember just about every detail from the show, but also still had many of the original costumes, cast photos, and even the narration soundtrack from the show. (We bet that at this point we've spent more than 100 hours on the phone with him asking every question you could ever imagine relating to the creation and execution of his family's underwater show.) 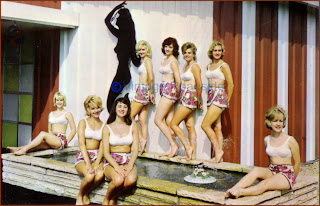 The first task we set for ourselves was to try and learn the names of all the former performers that had worked the show. The next logical step for us was to see how many of them we could locate. This would turn into a seven year quest as we worked our way through every resource available and finally, in April of 2013, we had a great phone conversation with our last-to-be-found Aquamaid. We can vividly recall our first contact with each person - we'll admit it's a lot of fun to call someone out of the blue and say, "Were you by any chance a mermaid at the Aquarama in 1966?" The reactions are something we'll never forget, including those of the people who had no idea what we were talking about. 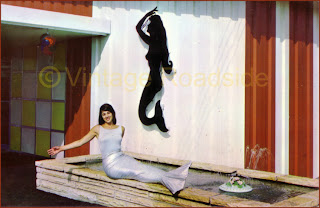 Those years have given us great memories of phone calls, emails, shared souvenirs, and meeting the original Aqualad, Marc, and the original Aquamaid, Barbara, as they each passed through Portland, Oregon.

Meanwhile, while we were looking for everyone, or mermaid wrangling as we liked to think of it, we thought, "Wouldn't it be great if someday there could be a reunion similar to the one held every few years at Weeki Wachee?" After talking about it for a couple of years we decided the time had come. We knew the location needed to be in Osage Beach and began the process of planning it from here in Oregon. Aquamaid Marlen was an invaluable help as was our friend Todd from over at Neato Coolville.

The plan for the reunion was to get as many people together as we could for a Friday night dinner and an all-day picnic on Saturday. Everything came together smoothly and we counted down the days until the event. We kept an eye on the temperature in Osage Beach and things were rolling along in the 70's and 80's until three days before the picnic when we were faced with the one thing we couldn't control - the weather. The day we were flying out to Missouri was spent lining up an indoor venue for the picnic when thankfully Dean at the Tan-Tar-A Lodge came through with a wonderful gathering place. Friday and Saturday ended up being somewhere around 40 degrees so being outside would have been less than ideal for everyone! 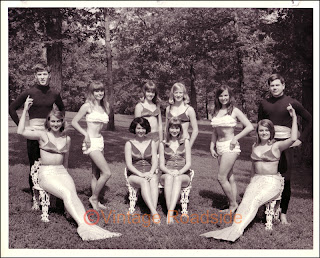 We arrived in Kansas City Thursday morning and headed for the Lake of the Ozarks. The plan was to have dinner with Marc and the original head Aquamaid Barbara that evening to kick off the weekend. While we had been lucky enough to have met both of them previously, Marc and Barbara had not seen each other since the end of the 1964 Aquarama season. It was incredible to see the Matador and the Bull from the 1964 postcard together again after 49 years. Dinner was fantastic, and we have to admit, the margaritas weren't too shabby either. 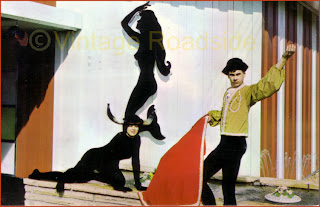 Friday's dinner was held at the Blue Room inside the City Grill and the time had arrived to finally meet all of the people we had spoken to on the phone and traded emails with over the years. The room was the perfect setting for everyone to catch up with each other and share memories of the show. We spent most of the evening thinking to ourselves how amazing it was to be sitting at dinner with the people we had only known from photos (that were now over four decades old). One of the highlights of the evening was the wonderful memorial display honoring Marc's parents, Wally and Nola, created by Marc's wife, Ann. The years quickly melted away and three hours seemed to pass in a matter of minutes. The evening ended with countless smiles and hugs and plans to see each other again the next day. 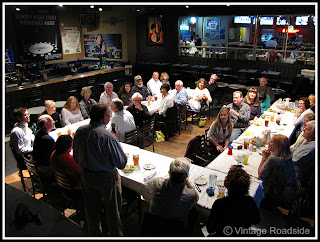 Saturday found us at the Tan-Tar-A Lodge, which had become the host to our (thankfully now heated and dry) picnic. We brought a selection of the original costumes, played the slideshow from our Aquarama history presentation, and in the background, the music and narration from the 1965 and 1966 Aquarama shows. We had also brought scrapbooks we created containing original cast photos, newspaper clippings and advertisements from the show which we gave to everyone who came. Much of the day was spent signing each other's books, sharing more stories, and posing for photos. Again the hours seemed to rush by. We ended the day trading more stories (and a great beer) with Aquamaid Judy who had made the trip from Texas to attend the reunion. 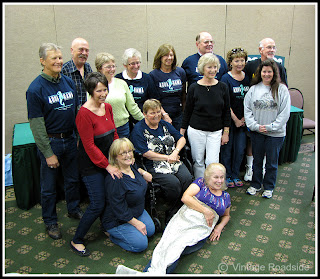 Then, in what felt like the blink of an eye, the weekend was over. While we know we'll never have the experience of the 'first-ever" reunion again, we're content in the knowledge that this was just another chapter in the story of the Aquarama...a story, and a group of people, that will always be a part of all of our lives. 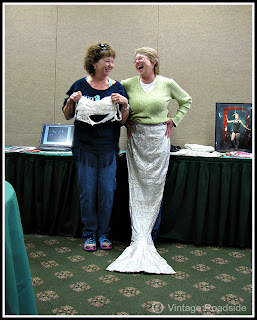 This event would not have been possible without the tremendous help of many people. We'd like to thank Marc and Ann for sharing their family's story with us, Janie for finding us and setting this entire experience in motion, Pam for pointing us toward her uncle Marc, Marlen for advice on local gathering spots, Todd for logistical support, Joe and his staff at the City Grill, Dean at the Tan-Tar-A Lodge, Lois at the Scottish Inn, Amy at Subway of Osage Beach, Spree from The Lake Sun News, Barbara from Rural Missouri Magazine and KRCG Channel 13. 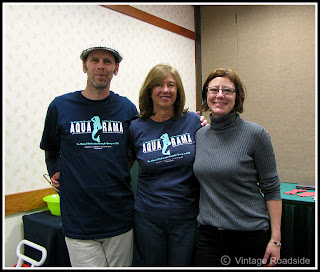 In closing, we'd like say thank you to all of the Aquamaids and Aqualads that came to the event and warmly welcomed us to the family: Marc, Barbara, Janie, Quinetta, Judy, Sharon, Art, Daniel, Jim, Liz, Marlen, Marion, Kae, Sandra, Ginger, Wanda and Pam. And to those Aquamaids who couldn't be there - you were all missed tremendously and spoken of fondly. 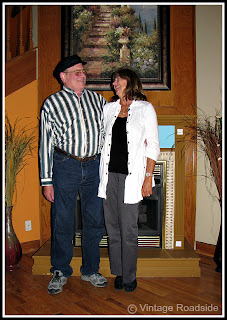