A recent addition to Modernism Week is the Vintage Travel Trailer Show. In only its second year the show has more than doubled and the quality of the trailers on display is truly amazing. The setting for this year's show was the Riviera Resort. 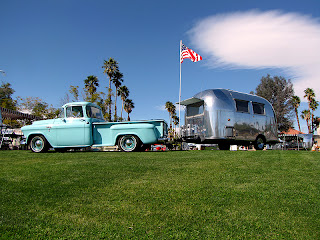 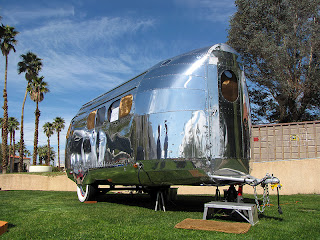 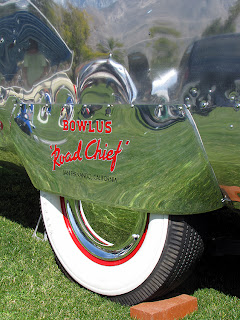 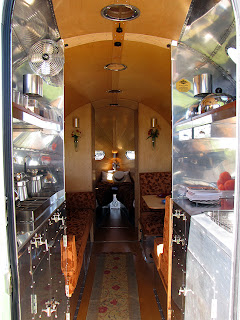 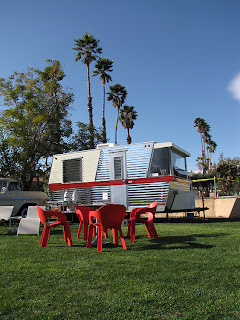 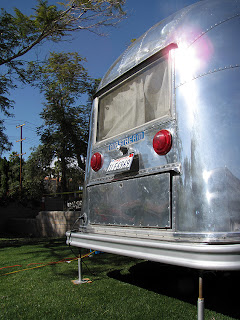 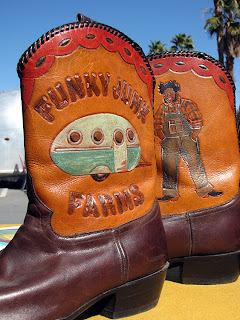 Whenever the guys from Funky Junk Farms show up you're guaranteed to see something cool. 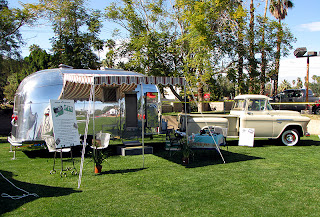 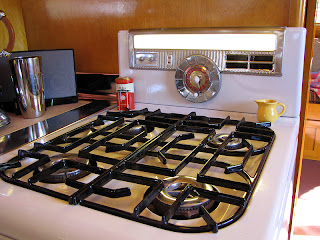 Stove inside the 1948 Spartan Manor 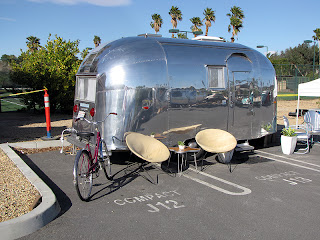 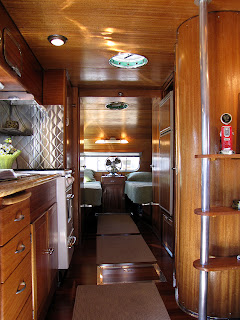 Interior of the 1950 Airfloat Landyacht 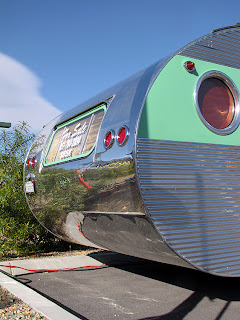 Exterior of the 1950 Airfloat Landyacht
We had a great time at the show and wanted to say thanks again to the organizers, the trailer owners, and everyone that stopped by the Vintage Roadside booth!
See you again next year,
Jeff & Kelly
Vintage Roadside
Posted by Vintage Roadside at 2:30 PM

What a great line up. I had a 1957 Fan camper a long time ago. Miss that little goofy thing.

I love the Holiday House trailer. It looks a lot like the "popcorn wagon" that came to football games and such when I was in high school, except the wagon was motorized. I love the old vintage trailers and cars. I work at a truck stop and I get to see some really cool ones sometimes.

Enjoy your photos (travel trailers and your vintage road signs). Looking forward to next year's "Travel Trailer Show" in Palm Springs, so I can see the beautiful trailers in person. Thanks so much for sharing.

Nora - It does look a bit like a popcorn wagon. I bet you do see some great things passing through your work - must be fun never knowing what might come through each day!

Madeline - Thanks for taking a look. Glad you enjoyed the photos. Hope to see you at the show next year, it's a wonderful show and it's always nice to feel a little sun in February!

Oh what inspirations! I'm curious if the trailers were as buffed to a shine when they were new back in the day, or is that a modern application? Luckily we don't have to worry too much about that with our new Serro Scotty :-)