While driving from York, Nebraska to Boonville, Missouri, we stumbled on a theme for today's blog - roadside trivia. Trust us, you're going to love this.

Nebraska and Missouri are home to amazing preservation organizations with incredible people accomplishing amazing things. They are also home to some great roadside facts that, if used wisely, will impress and amaze your friends.

Along with the roadside trivia are our photos from today's visit to each city.

Milford, Nebraska: Home of the defunct Milford Inn where you can still see one of the world's largest covered wagons (the official title of World's Largest Covered Wagon was awarded by the Guinness Book of World Records to the Railsplitter Covered Wagon in Lincoln, Illinois) and the remains of a wood teepee that once housed men's and women's restrooms. 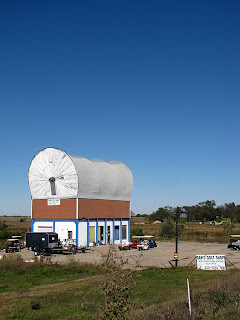 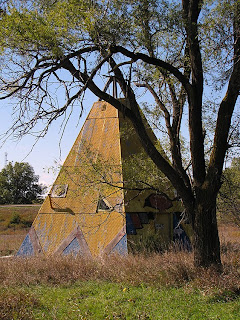 Auburn, Nebraska: Charles Hiram Randall, the only member of the Prohibition Party to serve in the United States Congress, was born here in 1865. It is also home to one of a small number of Papa Burgers left in the country. 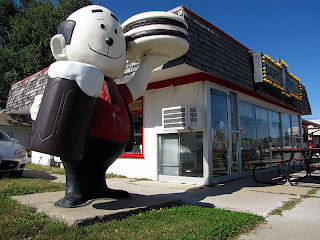 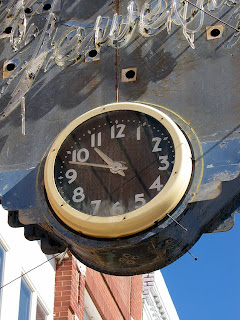 Mound City, Missouri: The name Mound City refers to the hills around the city. Perhaps not the most startling piece of trivia, but we loved this theatre in the downtown business district. 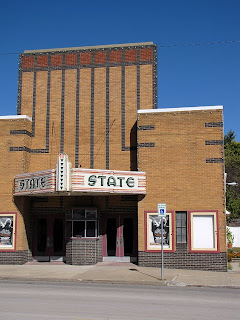 St. Joseph, Missouri: Where the Pony Express began in 1860 and outlaw Jesse James was shot and killed in 1882. On a culinary note, the "first ready-mix" food, Aunt Jemima pancake mix, was introduced here in 1889. 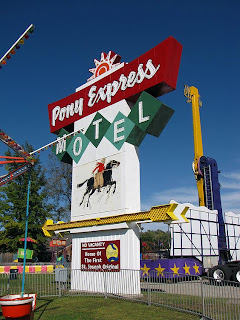 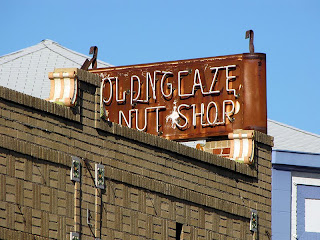 Stewartsville, Missouri: Location of one of the last remaining Roto-Spheres produced by Warren Milks from 1960 - 1971. Although it has been stripped of its neon, no longer rotates, and has lost a few pieces, the Roto-Sphere's 8-foot steel spikes perched atop the sign are still impressive. 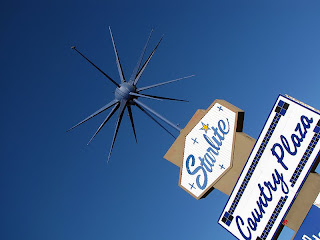 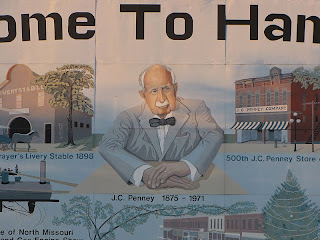 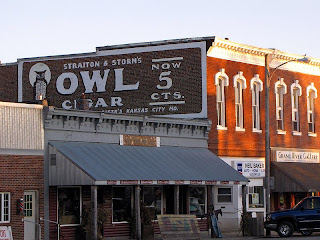 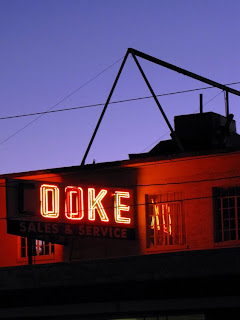 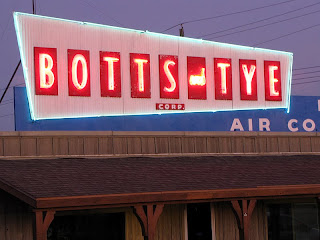 If you get as much of a kick out of roadside trivia as we do, feel free to post your own favorite hometown fact or point of pride on our Facebook page.

We're looking forward to two more days of road trip adventures before we arrive in Nashville in preparation for the National Preservation Conference. Follow along tomorrow as we visit one of the National Trust's Dozen Distinctive Destinations and highlight a Place That Matters to us.

Is it wrong to think that Papa Burger would look great in my yard?

Rick - I think you're asking the wrong people:-) We consider them part of any essential outdoor environment!

Papa Burger would look great in any yard. I want him right next to the Rotoshpere. Maybe The Roadsides might be able to arrange this!

There's an entire burger family hanging out at Carter's Drive-In in Willcox, AZ - it's fun to have good food & say hi to the big fiberglass folks.

Austin - Someone out there there's a Home Owners Association that requires those two items in every yard - keep looking!

Richard - Thanks for the tip on the Arizona family. It's hard not to smile when you see them isn't it?

Thanks for taking a look at the blog!